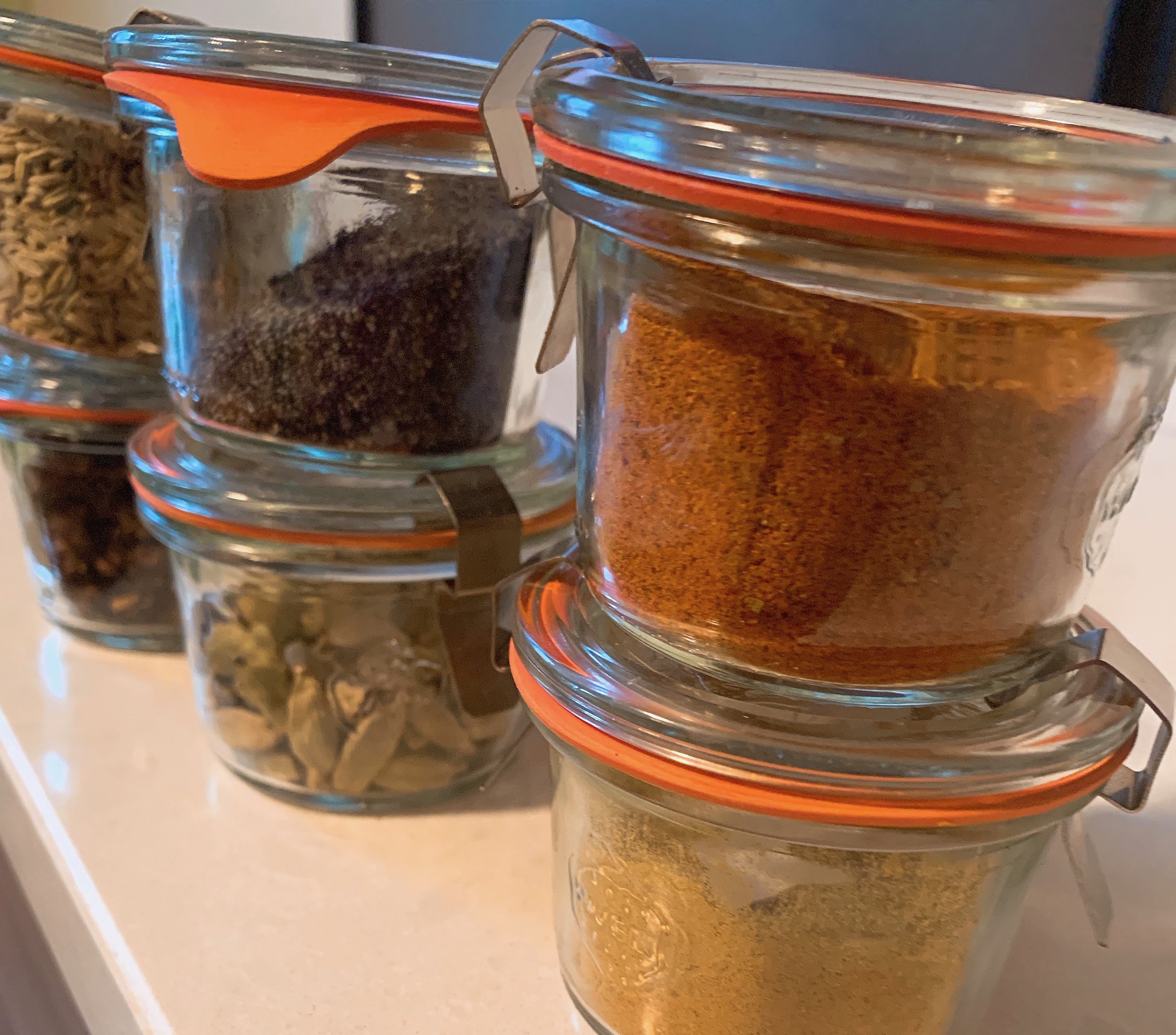 When I was in Kindergarten I really loved purses. I would ask for them for presents, save my money to buy them at the local thrift store, borrow them from friends and “forget” to return them. I loved purses so much that I even wrote a little book about them for a class project. But by third grade purses were totally passé. Other passions for objects came and went over the years, but what blossomed and rooted, serving the same status as purses across my life, was another kind of carrying vessel: bowls. Bowls of any kind have been a bit of an obsession since I took a pottery class at age 23 and the instructor asked me to kindly drop the class because I refused to make anything other than bowls. I didn’t. And while I’m still a bowl connoisseur my newest object of affection has been jars. For decades I have collected old Ball and Mason jars to fill with dried beans, grains, and seeds, but now it’s all about Weck jars. My first was a squat one-cuper that we use to store butter out on counter in the cooler months when we’re not worried it will go rancid in three days.

And apparently I’m not the only one who loves these jars because they have been around since a German merchant by the name of Johann Weck started making them back in 1900. I absolutely adore their shape, their weight, the way they seal and even the sweet little strawberry logo.

A few years ago we underwent a major kitchen remodel and one of the first things to be jettisoned were our old spice containers. They were attached via magnet to the side of our fridge and in theory they worked and at the time seemed kinda cool, but they were pretty beat up, not to mention covered with a thin layer of a decade of kitchen soot. Bleh.

Our new kitchen has shelf in the dining area where we decided to store our beans and grains that had previously been stored in our basement. And then one day it just clicked that we should get the smallest Weck jars for our spices. Within minutes I ordered two dozen and had them freshly filled with dried herbs and spices from my favorite local spice shop — thank you Savory Spice — by the end of the week. So much love.