The Only Study You Need to Read on “How to Diet” 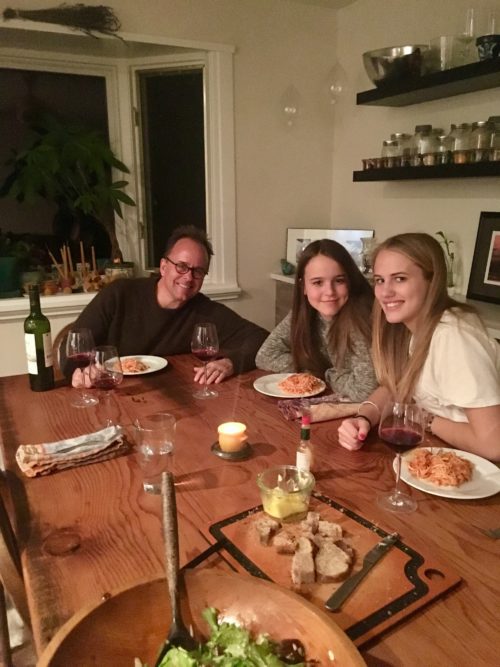 This week a study was published in JAMA that basically sums up everything I’ve ever believed about how to eat and not diet:

“It found that people who cut back on added sugar, refined grains, and highly processed foods while concentrating on eating plenty of vegetables and whole foods — without worrying about counting calories or limiting portion sizes — lost significant amounts of weight over the course of a year.” — New York Times

There is so much confusion these days about “good foods” v “bad foods.” People think they know what to eat, but obviously with an obesity epidemic growing bigger (no pun intended) along with heart disease, Type 2 Diabetes, etc. expanding exponentially, that’s simply not true. Diets where people buy packets or pre-made foods, severely limit calories, fast on days ending with Y, or only eat “meat and fresh air” while believing that fruit is evil and certain vegetables are worse than Fun Dip or Cheetos — well it’s no wonder people fail at “dieting.”

In addition, the keto, paleo, vegan, vegetarian, anti-grain, juice-only, alkaline etc. diets, are all adding to the crazy in our country. (True confession: I’ve been a vegetarian — I do eat fish and shellfish– for over three decades, but that’s because eating dead animals just totally grosses me out.) And sure, I get and understand all the bad stuff caused by eating foods that can inflame certain health conditions, like autoimmune, celiac, etc. — so please, no hate mail. But, as a former boss of mine would always say, “Don’t diet, just change your diet.” And I would add: Don’t eat crap. Don’t eat or drink sugar daily. Eat a lot of vegetables. Eat real, whole foods. And don’t buy processed food in a box or packet. By the way, if you follow those rules you should have plenty of money to buy organic.

But here’s the real kicker: cook! 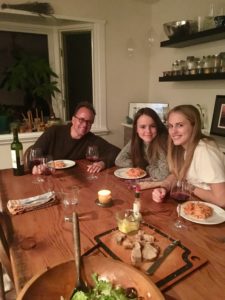 In the winter,  a homemade soup, a big salad and a freshly baked loaf of whole grain bread is one of our favorite meals. It is so deeply and utterly soul-satisfying. For me, there’s nothing quite like a piece of homemade bread fresh from my oven slathered with organic butter and a sprinkle of salt on top. But I don’t need two pieces, just one will do. That’s the thing with real food – you really don’t need much.

Other than wanting to dismantle the NRA, my other dream for America is to bring cooking classes back into schools. Last week I had a fantasy of somehow acquiring a gigantic sum of money and starting a non-profit where a law would be passed that every high school student in the United States would be required to take a basic four-week cooking class in order to graduate. All students in the country would learn how to cook: eggs, potatoes, chicken, and green vegetables three different ways, in addition to learning how to cook rice and beans from scratch, make a basic stir-fry, a pot of soup, a salad dressing and a loaf of bread. Simple, right? Can you imagine how transformative it would be to our country if every high school graduate could wake up and make eggs for breakfast, a salad for lunch and chicken or veggie soup with fresh bread for dinner?

Oh but wait, that’s what all of our great-grandparents (at least the women) could do!

Of course, the downside is that we’d probably have a serious over-population problem because more people would actually be alive, as well as healthy. 😉

Just to belabor a point, here’s another, much better voice than mine – Jane Brody: https://www.nytimes.com/2018/03/05/well/jane-brodys-personal-secrets-to-lasting-weight-loss.html