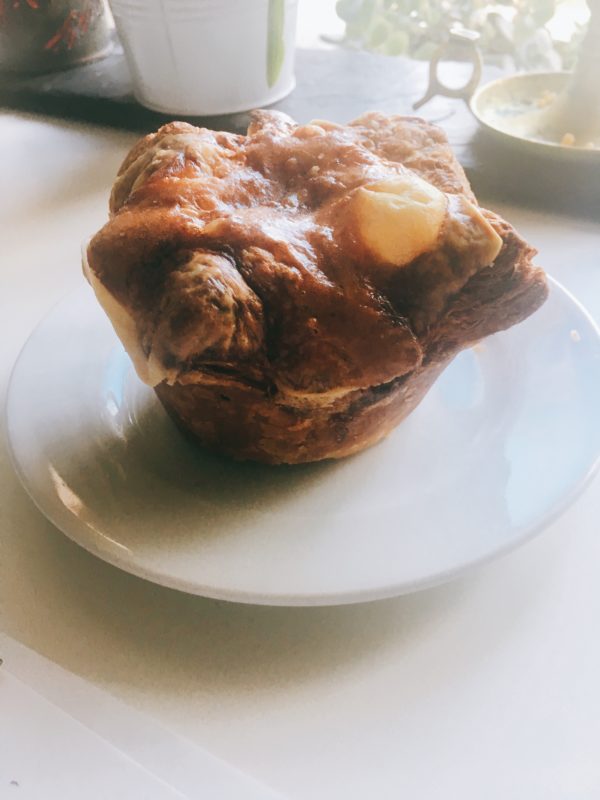 Cravings. I don’t often have a lot of cravings for food other than my daily ferments, but I do crave nearly anything and everything that Moxie Bread Company makes. Yes, yes, more gluten — but wait, it’s good for you gluten. Promise. live in on the Front Range and haven’t been to Moxie Bread in Louisville, put it top of your list. Without a doubt, this is the best bakery in the state. And I’m not the only one who thinks so, because the venerable James Beard Awards named them as a semi-finalist this winter. Here’s a clip from the local CBS affiliate who covered the announcement.

I stumbled on Moxie right after it first opened in 2015 and have been a loyal customer ever since. I even had them cater a 200-person celebration of life ceremony this past December. Despite the massive amounts of tears shed during the ceremony, the one thing that elevated everyone’s mood and diverted attention was by far was the baked goods from Moxie. It was like bringing a puppy to an office…

Housed at 641 Main Street in the historic section of downtown Louisville, the bakery is a magnet for the community with a richness of authenticity that comes first from their physical building and second from the extraordinary baked goods. Walking into Moxie bakery, a former family home built in 1880, you instantly a warmth radiating from well-trod wood planked floor to the eating area filled with tables handmade by the owner.

The founder and head baker, Andy Clark, is a baking maestro. He made a point from the very beginning of sourcing organic heirloom wheat to make his rustic breads and to-die-for pastries.  From their website:

“All of our baked goods are made exclusively with organic heirloom wheat flour (some biodynamic and some local). Heirloom varieties of wheat seem to digest easier in our bodies and produce fewer reactions than some other modern wheat varieties.  Most all of our baked goods undergo a long and slow fermentation process. This fermentation process breaks down many of the proteins and compounds in the grain, and helps create more healthful bread that’s easier to digest (and has even proven to be tolerated by some people with sensitivity to highly processed white flour breads). Most of the breads made at Moxie Baking Co. also include a large percentage of nutrient-rich whole grains and seeds, contrasting with the empty calories often found in commercial white flour bread. Our approach to wellness through baking is based in the common sense philosophy of eating fresh, local and unprocessed foods as close to their natural state as possible “

The Algerian bread is our family favorite with a hint of sour and a hearty deep flavor. And their croissants, while a little pricey, are always worth the splurge. In fact, a new French bakery just moved to Boulder and while they employ French pastry chefs, Moxie still owns my label of “Best croissant I’ve eaten in the United States.” And when I’m slabbing butter on top of my slice of Algerian bread or savoring every crumb of my croissant, the rest of my family lives for their signature King Egg (pictured above) — a rich flaky croissant pastry embedded with cheese,  vegetables and/or herbs, and sometimes meat.

I’m not a huge Mother’s Day fan, as I subscribe to the belief that every day should be Mother’s Day, but even so, if someone from my family is reading this, I sure hope this Sunday finds some Moxie treats on the breakfast table…