Antibiotic Resistance Can Be Caused By Common Herbicides 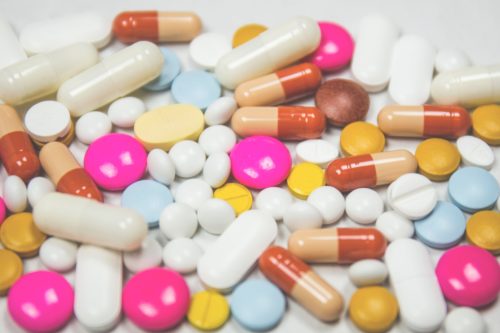 A study published last Friday, November 17th in the peer-reviewed journal, Microbiology, found that the active ingredients in the three most common herbicides – glyphosate (hello, Round-Up!), dicamba and 2,4-D each can cause antibiotic resistance.

As a mom to a daughter who had more than 30 rounds of antibiotics between the age of 3 and 13 (she suffered from chronic UTIs), when I read about anything that might decrease the power of an antibiotic I go on high Mama Bear alert, and my heart sinks. Damn.

The study was conducted by the University of Canterbury in New Zealand, and according to a press release UC Molecular Biology and Genetics Professor Jack Heinemann, of the School of Biological Sciences, in UC’s College of Science,

“…bacteria respond to exposure to the herbicides by changing how susceptible they are to antibiotics used in human and animal medicine. …They are among the most common manufactured chemical products to which people, pets and livestock in both rural and urban environments are exposed. These products are sold in the local hardware store and may be used without training, and there are no controls that prevent children and pets from being exposed in home gardens or parks. Despite their ubiquitous use, this University of Canterbury research is the first in the world to demonstrate that herbicides may be undermining the use of a fundamental medicine-antibiotics.”

The study went on to cite stats that seem to be growing more alarming each year:

“The United States, for example, estimates that more than two million people are sickened every year with antibiotic-resistant infections, with at least 23,000 dying as a result. By 2050, resistance is estimated to add 10 million annual deaths globally with a cumulative cost to the world economy of US$100 trillion. In other words, roughly twice the population of New Zealand will be lost annually to antibiotic resistance.”

Once again — one more reason to eat organic, as well as constantly being to be aware of exposing yourself and your family (including pets) to parks that have been sprayed with one of these common herbicides.